Talk: How we have been spreading solution-focused ideas in Japan 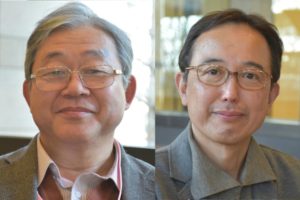 Since the last year when Insoo Kim Berg held her workshop in Japan, a number of people who had learned the solution-focused approach by attending her workshops gathered and started Solution Land in which participants would have a very good time in attending each other’s workshops, discussing interesting ideas and having fun communicating with people from all walks of life. Although the number of participants who took part in each conference was around 100, we believe that we have been working effectively to spread the SF ideas, because we have held our conference in many places in Japan for the past ten years. In the area of education in particular, some teachers and psychologists have begun to produce excellent results. In our presentation, we will briefly explain about its history, the activities and our best hope for our future in Japan.

Norio Mishima, M.D. has been practicing Psychosomatic Medicine for nearly 40 years in Japan. In mid-1990, he encountered the SFBT in the workshop held by Insoo Kim Berg. Since then, he continued to attend her workshops, and the SFBT has become the most important therapeutic method for him. At the turn of the century, he started attending SFBTA meetings. His best hope is to maximize the usage of SFBT in medical practice. Yuichi Takenouchi, B.A., worked for a private company as a chief operations officer. He met Insoo Kim Berg 20 years ago. Since then he has continued to learn SFBT and utilize it in his managerial work. He has also played an important role in organizing an annual SFBT meeting, Solution Land, in Japan for more than ten years. Thanks to his dedication and passion for the annual meeting, many people were able to participate in it and started learning SFBT. He also hosts a monthly meeting called “Complu” so that participants can have opportunities to compliment one another.

for SF beginners, for SF practitioners